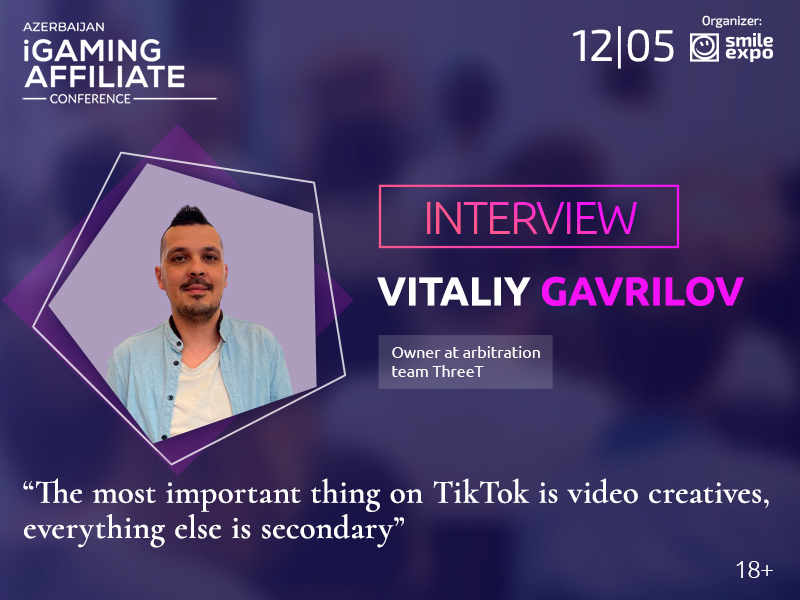 Owner of ThreeT Arbitration Team Vitaliy Gavrilov in an Interview With Azerbaijan iGaming Affiliate Conference: On Working With TikTok, Video Creatives and the Most Successful Advertising Campaigns

TikTok is not only dances and cats, but also an excellent resource for generating quality traffic. Vitaliy Gavrilov, owner of ThreeT arbitration team knows how to successfully promote offers and get a stable income with its help.

Specially for Azerbaijan iGaming Affiliate Conference, he gave an exclusive interview speaking about the differences between the two most popular social networks in the world – TikTok and Facebook. He named promising niches for promotion on TikTok, revealed the peculiarities of setting up advertising campaigns, shared the first results on traffic generation in the gambling vertical and explained how you can get into his arbitration team.

The conversation turned out to be interesting and insightful. Enjoy!

AiAC: ThreeT arbitration team has been working with TikTok since 2019. How has the platform changed during this time?

V.G.: It has changed dramatically: I have grown a lot, I would even say, matured. The audience has increased many times – this year it exceeded 1 billion users.

Actually, it became more difficult to work with the platform due to moderation, since arbitration is not the most innocent story. We are slowly being squeezed. So far, for me, this is the easiest niche in terms of technical working approaches – unlike others, for example Facebook.

Although, in TikTok it is much more difficult to work with Facebook because of the video creatives. Together, they live significantly less. On average, a creative lasts 2-3 days. Because of this, many people find it difficult to work with the platform. Also, TikTok lacks any optimization – there are all advertising tools, but they practically do not work. Therefore, everything has to be done manually.

AiAC: Rate TikTok as an advertising platform. What are its main features and advantages over other social networks?

V.G.: This is probably a matter of habit, a different audience, more loyal than on Facebook. You can start with the same offers that have already been squeezed out on other platforms and get good ROI.

If you read the complaints and comments from users, then TikTok itself is blamed for low-quality products and advertising, and not the advertiser.

AiAC: In general, how can you evaluate TikTok as an advertising platform? How much more effective is it, for example, than Facebook?

V.G.: It is less effective than Facebook if we are talking about indie projects. Facebook will still provide a much larger audience, and it will provide it more stable. But at the same time, TikTok offers a new audience that does not spend time on Facebook, a younger one. The main part of the platform's audience is 25-30 years old, and there is more of it there than on Facebook.

AiAC: What niches are more promising to work with on TikTok?

V.G.: Last year, we changed the direction and completely switched to nutra offers. Anti-aging and weight-loss products do very well. In the summer, gambling teams began to establish and reached very good volumes. So now we are testing gambling.

Generally speaking, people do not change, and the same arbitration verticals do well almost on any platform, unless we’re talking about some niche stories.

AiAC: Please share successful cases of promoting offers with TikTok, which gave the most positive result.

V.G.: Rejuvenating cream and weight-loss products for Saudi Arabia geo. The total turnover from the advertising campaign has exceeded $300 thousand this year. Unexpectedly, for Saudi Arabia, we manage to go high with traffic for TikTok with one offer for three months – this is a super nice result, but here, this is possible for six months and in great volume.

AiAC: Live streaming on TikTok: how effective is it for traffic arbitrage? Is this approach relevant for working in the gambling vertical?

V.G.: There are two types of traffic: targeted (you buy advertising and pay for it) and social traffic. I didn’t deal with social traffic, but I know that cryptocurrency and gambling are driving great with live streams. I don’t know how it is in terms of numbers and results, TikTok is a rather closed platform. It even shows internal targeted ads inside its browser. Therefore, I can’t tell you about the mechanics.

AiAC: How to launch a TikTok ad campaign? What peculiarties should one pay attention to first of all when setting up an advertising account?

V.G.: First, watch my free course for TikTok, which came out last year and this year. Everything is described in detail there. The account is very simple, similar to Facebook, only cut in half. The buttons are all clear, pixel setting, etc.

The most important thing on TikTok is video creatives, everything else is secondary. For a normal start and reaching a certain volume, you need at least 20-30 thousand rubles or $300-400 in expenses. Then the buyer makes 30-40 creatives every day to reach the required volume.

AiAC: How TikTok creatives should look like in order to successfully attract high-quality target audience?

V.G.: There is no such thing. Completely different videos are generating interest. You need to be on TikTok yourself to understand trends. We have videos from "Before and After", as well as some jokes, trending music, video with reviews. Each buyer has its own story. And the approaches burn out very quickly. We find one, but it has only been working for a week – and a new one is already needed. Consequently, there is a constant generation of ideas.

I will say that the approach should be native to the platform. There is no single style of creatives, they are completely different. Unless you need to clearly show the essence of the product “head-on” in 8-10 seconds.

AiAC: You recently launched an ad campaign for driving gambling traffic on TikTok. Tell us about the first results.

V.G.: Yes, there are already the first results. I found a team that drives gambling in large volumes from TikTok. One team has a turnover of $150 thousand, the other one – $250 thousand. They have been working since the summer.

Since we focus on men, we use women in video creatives who scream with joy. In the corner we show a lot of money, add the sound of coins falling from the slots. The cover has phrases like "give emotions", "date on the roof", "parachute jump" so that TikTok correlates vibe with creativity. People are led by emotions. The players do register.

AiAC: Can you share your first successful activity in the gambling vertical?

V.G.: At the moment, we have ten casino registrations, not deposits. We have set up the cloaca, tried different approaches.

We tried to drive to the app given by an affiliate, but it did not pass the moderation. We also tried to upload a direct link by cloaking it, but we also encountered certain problems. The link did open in Google Chrome, while TikTok uses its internal browser only.

According to the recommendations of the cams, we focused on the main approach – a cloaked filler that leads to the App Store or Play Market. The mechanics are as follows: the user downloads an app, registers. In the app, they are hit by push notifications designed for a long time, so that the user registers and deposits money after the registration.

In two days, we spent $50 and received 100 installs, 10 registrations. Further, we will see how it goes.

AiAC: How successful do you think the ad campaign will become?

V.G.: It's hard to guess in gambling. In nutra, we reached a turnover of $120 thousand – and this is a team of 20 people. In theory, the same can be done in gambling, given that I have been working with TikTok for a long time.

In November, we strive to reach the volume of $10-20 thousand. Now we are taking the first steps: we are looking closely at statistics, mechanics and approaches. Plus, we have two teams working with us providing advice.

In the future, we will increase volumes, same as in nutra, gradually getting people and reaching volumes of $150-200 thousand per month.

AiAC: Tell us about your ThreeT arbitration team. How many people are there now?

V.G.: Now the team has 22 remote workers. We have an extensive geo from Kazakhstan, Ukraine, Belarus and Russia. The team lead has 5-6 buyers and a tester who submits the offer to the team. The buyer must drive offers chosen by the team lead.

On average, each of them has 3-5 offers in operation, with separate accounts for each of them.

Bayer makes 30-50 video creatives a day and uploads them. 90% of his work is the production of creatives. Then the ad campaign is uploaded and monitored, each team member receives a percentage of the profit. Everything is trivial and simple.

AiAC: How to join your team?

V.G.: Once every 1-2 months, I organize a "sandbox". I publish sponsored posts in my chat and group, plus in related groups. For example, this set was made through HeadHunter. As a rule, 40-50 people respond. They are interviewed. Then I throw 20-25 adequate applicants into the "sandbox", give them one advertising account. I do not limit them in the budget and actions, I just watch how they work in a test mode.

At the end of the week, there are often 5-6 people who are always in touch and want to earn money. I take these to the team, and say goodbye to the rest. I assign a team lead for them, give them offers, money, accounts – general, a job.

AiAC: What will you talk about at Azerbaijan iGaming Affiliate Conference as a speaker?

V.G.: The first block will be about the TikTok platform itself: how to enter, how to register, the pros and cons, what’s the audience, what should you pay attention to, that is, I'll tell about the general mechanics.

Next, I will reveal the main gambling case: the launch, partners, results, how the launch took place, what were the features and difficulties (bans, cloaca, bypasses, creatives, etc.).

Join Azerbaijan iGaming Affiliate Conference to attend the speaker’s presentation and learn all the secrets of working in affiliate marketing. 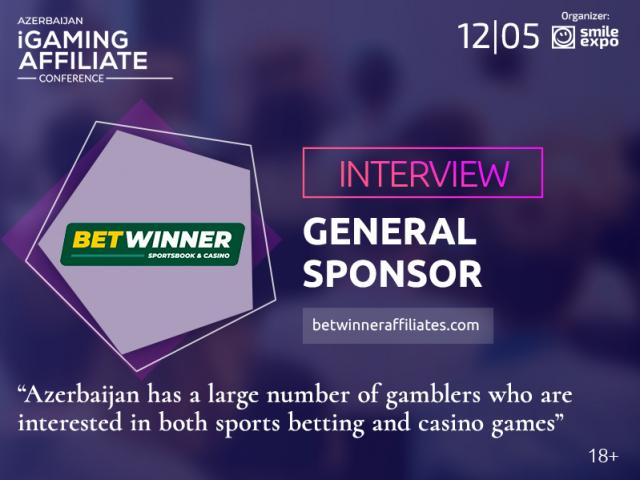 Representative of Betwinner Talked About the Features of the Betting Site, B... 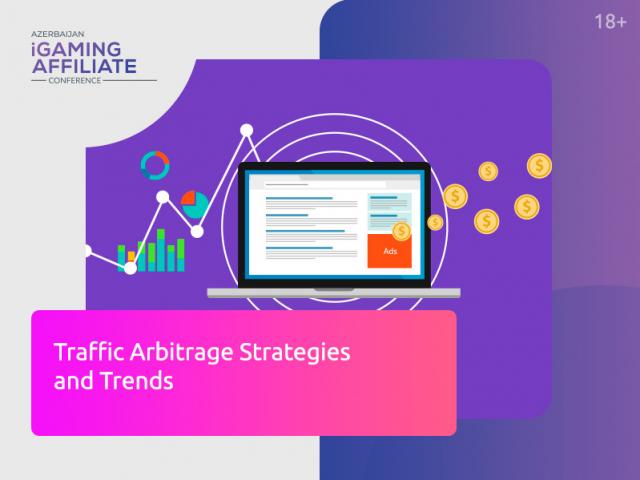 Tips for Affiliates: The Best Arbitrage Strategies and Trends in 2022 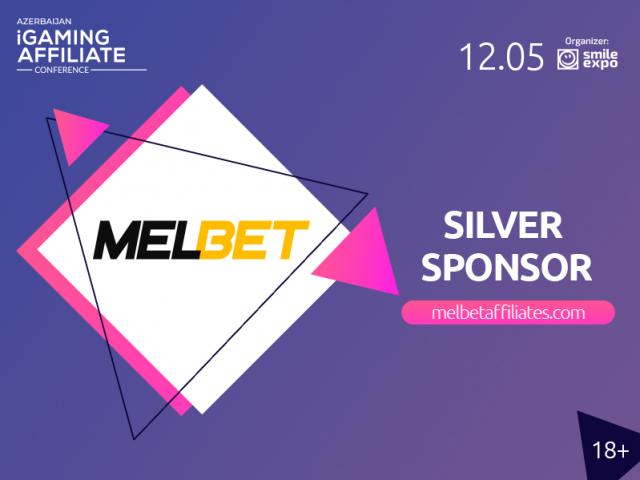 Meet the Silver Sponsor of Azerbaijan iGaming Affiliate Conference 2022 – Me... 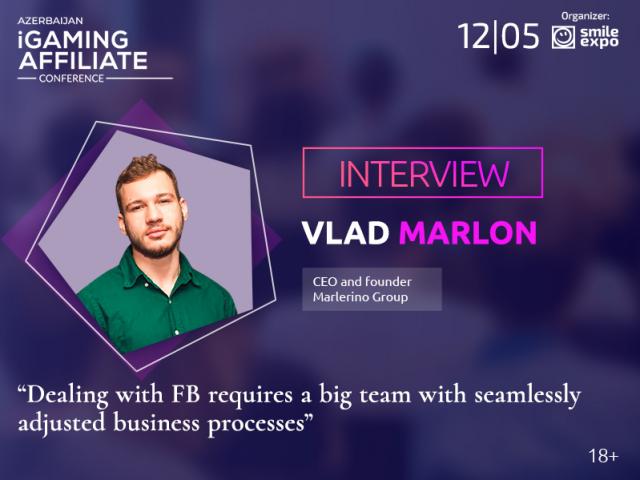 Vlad Marlon, СЕО and Founder of Marlerino Group: About Efficient Traffic Sou...
Become our subscriber and get a 10% discount on the conference

Thank you!
We received your application and will contact you soon.